You may not know Mr. Wei by name, but if you’re a fan of Hong Kong cinema (especially Sammo Hung films), you certainly recognize him as a martial artist, stuntman, and actor who was THE Hong Kong martial arts villain of the eighties.

I had the pleasure of working with Mr. Wei on my first film Long zai Tian ya (“Dragon Fight) starring Jet Li and Stephen Chow.

We shot Dragon Fight in Northern California 1988.  Jet had recruited me into the business just a few months prior after seeing me at the Compete National Karate Championships in Irvine California.

It was my first stunt job and  the first time I had even stepped onto a set.  I hadn’t known anyone in the business at that point and wasn’t even aware that I was supposed to bring my own “stunt pads” to set, so I ended up stuffing my waistband with t-shirts and towels for a hillside fall I did. 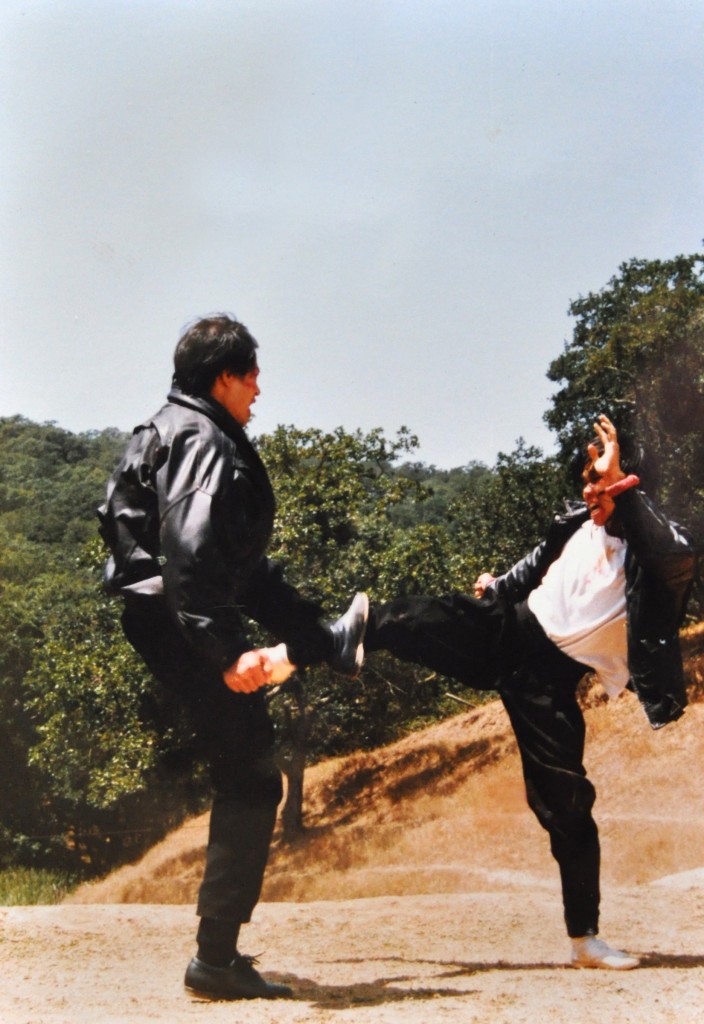 My first filmed fight scene as a "thug" was with Dick Wei on Long zai Tian ya ("Dragon Fight) starring Jet Li and Stephen Chow.

I clearly remember my fight scene with Mr. Wei – we started one of the shots with me throwing a spinning back kick to his chest.  I was so excited to be there that I kept throwing my kick on “roll cameras” … as opposed to the obvious “action” cue.

I kept thumping Mr. Wei in the chest with pretty hard back kicks, but he never lost his temper – he just kept repeating to me “wait until action.”

The entire crew got a good laugh out of it and Mr. Wei was kind enough to offer a new rookie lots of helpful advice throughout the rest of that shoot.  The world may know him as a villain, but I will always remember him as giving and kind mentor.