As a precursor to Steve’s 34th birthday, which would take place March 24, 1964, his wife Neile bought a Ferrari 250 GT Berlinetta Lusso, serial number 4891, from Otto Zipper Motors in Santa Monica, California, via Luigi Chinetti in New York. Chinetti was the North American importer of Ferraris. The car was ordered in a medium-brown metallic hue called Marrone, with a beige interior–an odd, yet elegant, color combination, as Lussos are so often seen in red, silver, or black. According to Mrs. McQueen, the car was delivered to their Hollywood Hills home to join his Jaguar XK-SS, a black Porsche Speedster, a Cadillac, her Porsche 911, and his ever-present bikes. 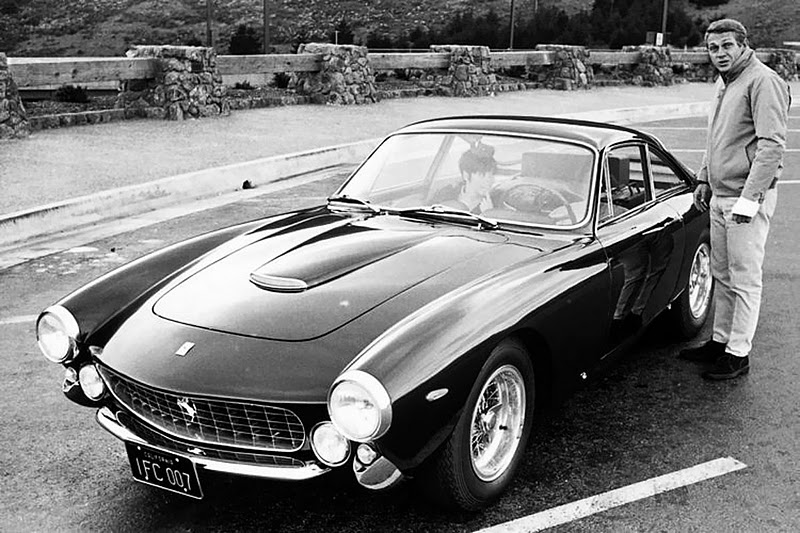