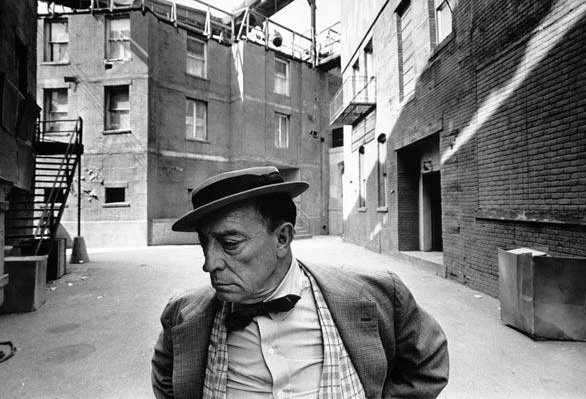 Yesterday I posted on my Facebook page that I was shocked to hear that a few teens I had spoken to had absolutely no idea who Bruce Lee was.  It got me thinking about all our great OGs that have paved the way for us and that will hopefully not go overlooked by the following generations.

For our “Know your OGs Category”, let’s start today with Buster Keaton. Along with Douglass Fairbanks, Charlie Chaplin, and Harold Lloyd, Mr. Keaton was a genius of physical comedy who did his own stunts….in a time before the special effects, camera tricks, and sophisticated wirework that we have today.  His cameramen were told to keep rolling until he yelled “cut” or was killed.

Buster Keaton (1895-1966) was one of the best known and most respected of the silent film comedians. Dubbed “The Great Stone Face” for his stoic demeanor, he wrote, directed and produced many of his films in the 1920s and 1930s. An innovator behind the camera as well as in front of it, Keaton was lauded for his sometimes dangerous brand of physical comedy and impeccable comic timing.